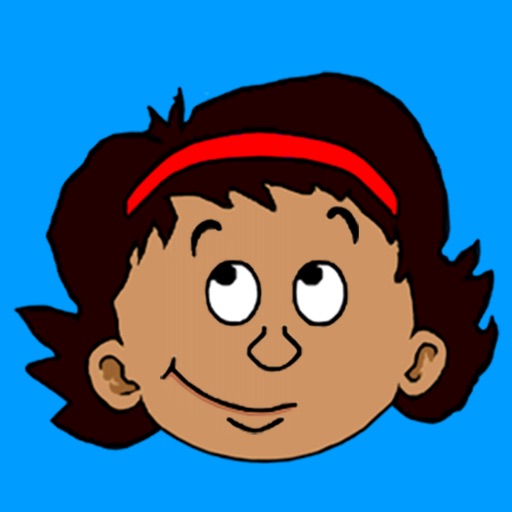 While the program is intended for switch users, it can also be used just by touching the screen. A finger acts like a switch. It doesn't matter where you touch, just that you touch. In the main activities, the user touches anywhere on the screen to cause the next action (the effect). A two-, three- or four-finger touch will cause a different action. You can use up to four external switches for input, to allow full use of the program to people who cannot easily touch the screen because of physical disabilities.

The numbers 1 through 4 on a Bluetooth keyboard will also control the 4 actions.

Funny Sounds and Faces
In this activity the user presses a switch to see a funny face and hear a funny sound. Holding the switch down causes the faces to play one after another, until the switch is released. An optional second switch (or a two-finger touch) causes the face to be displayed headless. A third finger or switch squashes the face and a fourth spins it. This is a great switch training activity to teach start/stop and multiple-switch cause and effect (different causes produce different effects).

Bubble Gum
In this activity the user presses and releases his or her switch several times to blow a bubble. This is an excellent example of cause and effect with a goal, the goal being the obvious humorous conclusion. This activity also teaches multiple-switch cause and effect (different causes produce different effects). An optional second switch (or a two-finger touch) can be used to shrink the bubble. A third finger or touch changes the gum flavor, and a fourth changes the kids. From the Settings panel you can choose the flavor of bubble gum to use, and whether or not to randomly pop the bubble early.

Build-A-Kid
In this activity, a different body part or piece of clothing is added with each new switch press until the kid is complete. This is another example of cause and effect with a goal. This activity also teaches multiple-switch cause and effect (different causes produce different effects). An optional second switch (or a two-finger touch) can be used to undo the last part. A third finger or touch changes the kids, and a fourth flips them upside-down. From the Settings panel you can choose to optionally show twins or triplets, to make them identical or not, and whether to show the names on the finished kids.

Switch Kids is based on the popular desktop program of the same name by Marblesoft-Simtech.